Clarke calls for investigation into latest paramilitary display at funeral

DUP Policing Board member Trevor Clarke has called for the PSNI to investigate events at a funeral in Belfast. 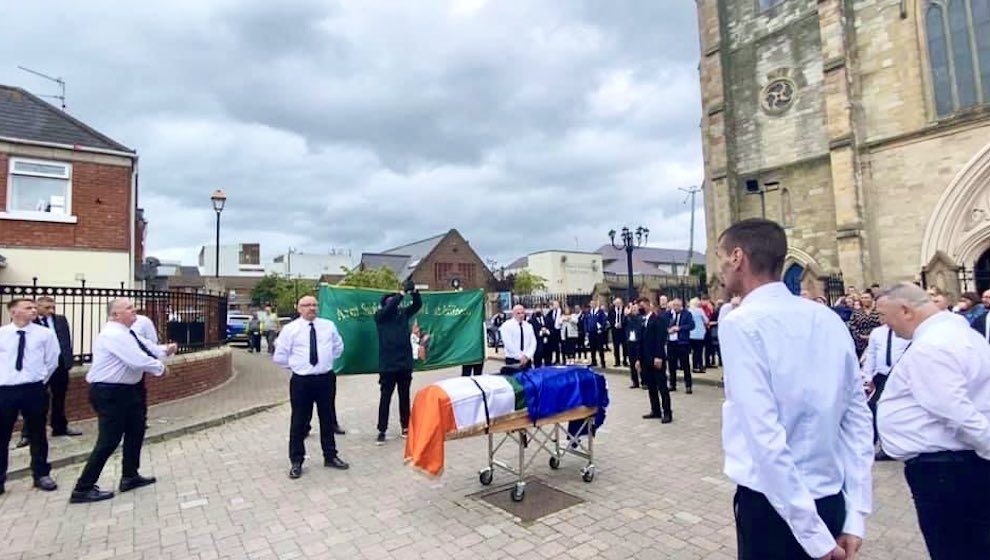 Mr Clarke said, “These photographs not only show a uniformed ‘guard’ wearing berets and masks accompanying the coffin outside the church but also another masked man apparently firing shots over the coffin.

This is far from the first funeral where such events have taken place but unfortunately the PSNI have a dismal record when it comes to collecting evidence from them. Firstly the PSNI needs to state whether they were aware of this funeral taking place and had put any evidence gathering operation in place. They then need to state whether they are now going to open an investigation into this blatant terrorist display.

We know very well of the full-scale policing operation that swung into operation against protests against the Northern Ireland Protocol where there were no weapons or paramilitary uniforms on display. Is the Chief Constable content to stand over such double standards?”