North Down Assembly Candidate Jennifer Gilmour has said the DUP will introduce a cap on school uniform costs to help families and to ensure we keep our schools world-class for every pupil. 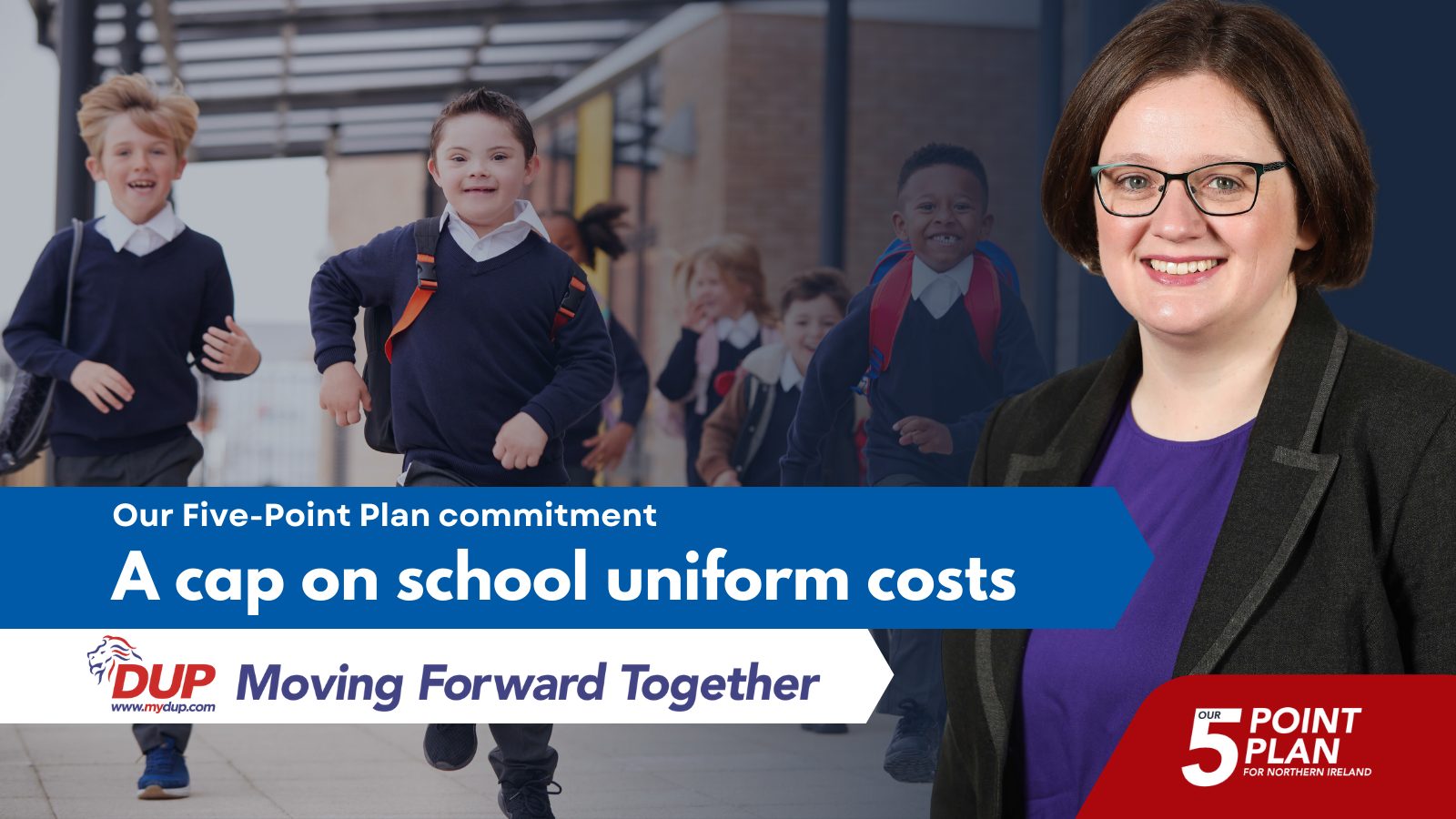 The commitment is part of the DUP's five-point plan for Northern Ireland.

Jennifer said, "The cost of school uniforms is a significant burden for many families and it is one which in many cases is unnecessary and unreasonable. This situation is at its worst for some post-primary pupils where the total costs can run into several hundred pounds.

Schools placing a uniform requirement in itself is not unreasonable, but it is particularly the requirement to purchase branded items and the use of limited suppliers which unnecessarily drives up costs. These branded items offer no practical benefit over any generic equivalent, but simply end up placing parents in significant financial difficulties. We know that over 70% of families feel under financial pressure due to these costs with three-quarters saying it has impacted their health and wellbeing.

There are of course fantastic community-led schemes such as uniform exchanges which can offer assistance, but this is not a sustainable way to solve the problem. Similarly the grants available for some families are welcome, but in many cases they will only just about cover one item such as a blazer.

The DUP has a 5-point plan to build a better Northern Ireland and to help families. As part of this we are calling for the the introduction of a cap on school uniform costs. Legislation has already been passed in other parts of the United Kingdom and we want to build on the lessons from that to see a maximum price here in Northern Ireland. Northern Ireland has world-class schools and parents should look at schools based on the educational outcomes and pastoral care, not based on whether they can afford the uniform or not. Similarly pupils should not feel stigmatised because they cannot afford all of the sometimes huge array of uniform and sportswear demanded by some schools."