East Londonderry MP has welcomed the announcement of 153rd Open Championship coming back to Royal Portrush in 2025. 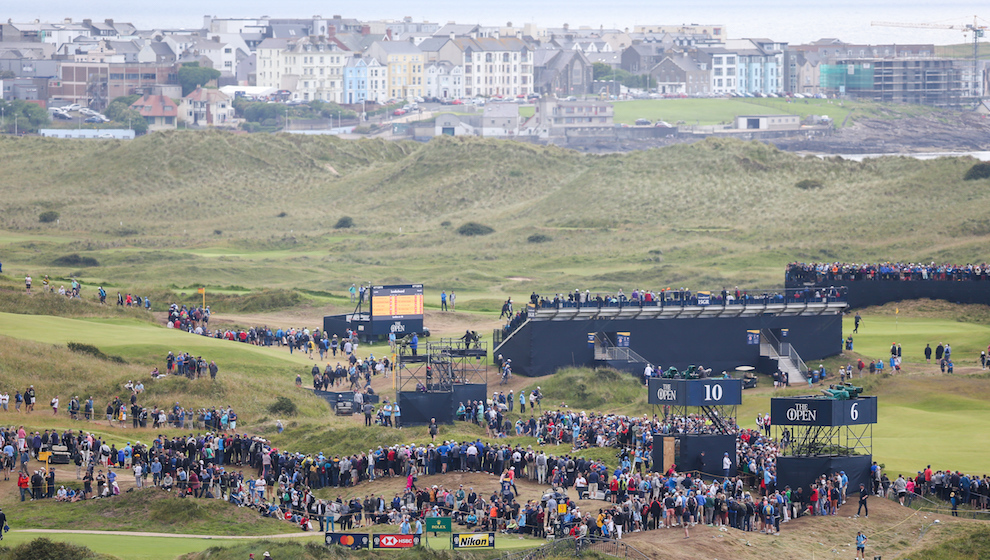 The announcement that Royal Portrush will once again host the Open after the very successful event was held in 2019 is great news for Northern Ireland.

"As MP for the host constituency, East Londonderry, it is a very proud moment that the R&A along with Tourism NI will be bringing back the Open to Royal Portrush. The 148th Open at Royal Portrush generated more than £100 million of economic benefit for Northern Ireland and made history as the largest sporting event ever to be held in Northern Ireland.

In 2019 we welcomed 237,750 fans to Royal Portrush, an attendance record for a Championship staged outside of St Andrews ensuring that the Open’s return to Northern Ireland and Royal Portrush for the first time since 1951 was a huge success. I congratulate the team at Royal Portrush along other key stakeholders who made the event such as success and making sure that the Open returns so quickly to the area.

I recently wrote to the Roads Minster to highlight the need for further investment into our road network in the lead up to the next Open – with this announcement I hope she will recognise the importance of this need. The dualling of the A26 needs to be prioritised by the Minister to make sure we maximise the potential from having such a world class event in Northern Ireland. The Tourist Board need to also maximise this golden opportunity to showcase Northern Ireland to the world.”