“By voting DUP, Northern Ireland can ensure our economy continues to grow” Jeffrey 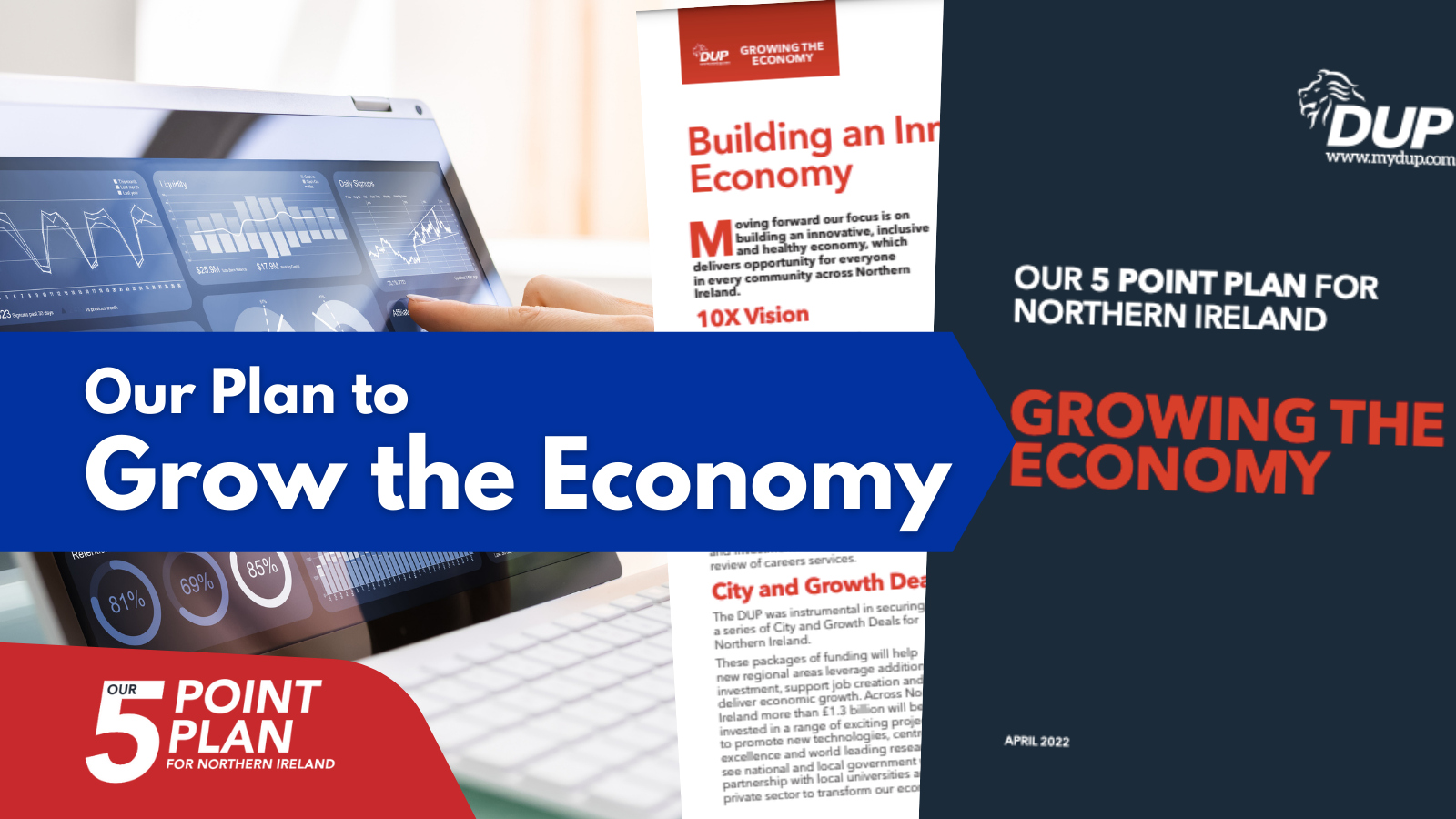 “The DUP has always made economic growth a key priority of the Northern Ireland Executive.

We are focused on the issues that matter and are seeking a mandate to implement our plan to grow the economy.

By creating 20,000 new jobs in the next 5 years, by implementing the 10X strategy to establish NI as a global leader in key sectors, by investing in skills and apprenticeships to ensure our young people are equipped to take advantage of new opportunities, by making Northern Ireland 100% fibre broadband and by growing the tourism sector to be a £2 Billion industry, the DUP will ensure Northern Ireland moves forward, not backwards.

Sinn Fein want to use this election to destabilise Northern Ireland, moving us in the wrong direction by pushing for a divisive border poll.

The outcome of this election will be close. Every vote in every seat will count and determine if we spend the next five years growing our economy or talking about a divisive border poll.

By voting DUP, the people of Northern Ireland can ensure our economy continues to grow.”