Budget could cut one officer in seven

DUP South Antrim MLA and Policing Board representative Trevor Clarke has condemned the ‘stark failure’ of Ministers to prioritise visible and effective local policing within the Executive’s draft budget for 2022-2025. 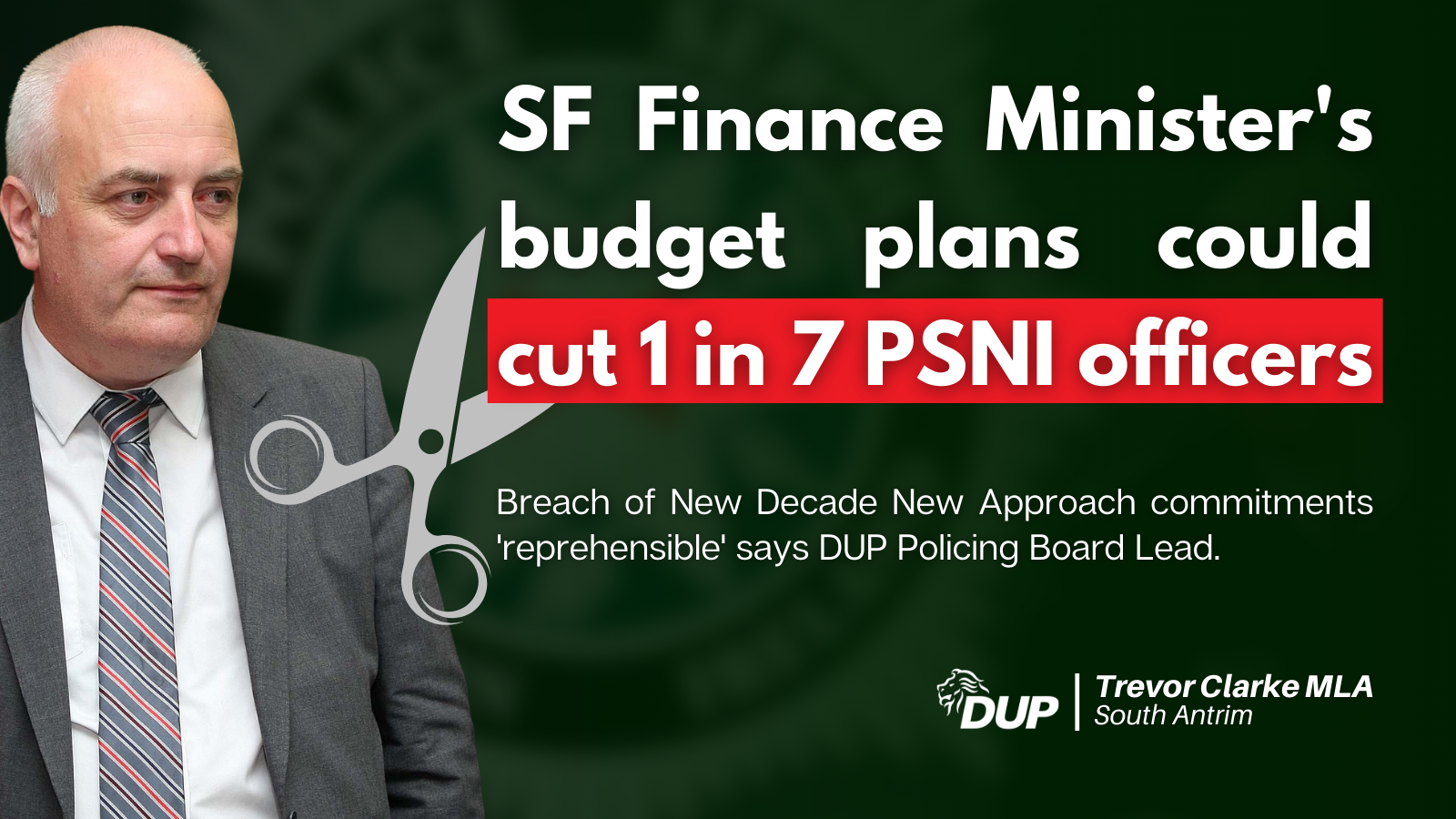 He made the remarks after representatives of the PSNI warned police officer numbers could plummet to around 6,000 as a result of the proposed settlement.

‘‘New Decade New Approach included a commitment to 7,500 full-time police officers in Northern Ireland. This wasn’t just an aspiration. It was part of a range of specific and interlocking measures that all parties signed up to.

Therefore I find it reprehensible that the Finance Minister has failed to prioritise the police workforce within his budget for the next three years. In fact the PSNI have indicated that the net result will not even be a standstill position. It is likely there would be a reduction in police numbers to the region of 6,000 - a loss of one officer in every seven.

Around 300 officers already retire or leave the police service every year. In addition to this, the budget currently on the table would almost inevitably lead to a pause on recruitment. This would have a serious and adverse impact on response times and limit current and future investigations. Make no mistake - this would be felt by every community and every tradition in Northern Ireland.

There has been a stark failure by Ministers to acknowledge the deep challenges these cuts will bring. At a time when crime is becoming more sophisticated and harmful, support for policing should be enhanced not reduced. Tough financial decisions must be taken across the board but the police service should not be the sacrificial lamb.’’

‘‘It was clear that the Justice Minister and NIO had effectively abandoned the commitment to 7,500 officers before this budget negotiation had even begun. This defeatist attitude has ultimately left policing in a precarious position.

Sinn Fein and the Alliance Party are keen to dictate to others that separate NDNA commitments, including in relation to Irish language, are non-negotiable but seem to think support for policing can be conditional. The public will see through these double standards.

It is vital that the consultation on the draft budget addresses the current crisis facing police numbers and ensures the PSNI have the necessary tools and manpower to do the job.’