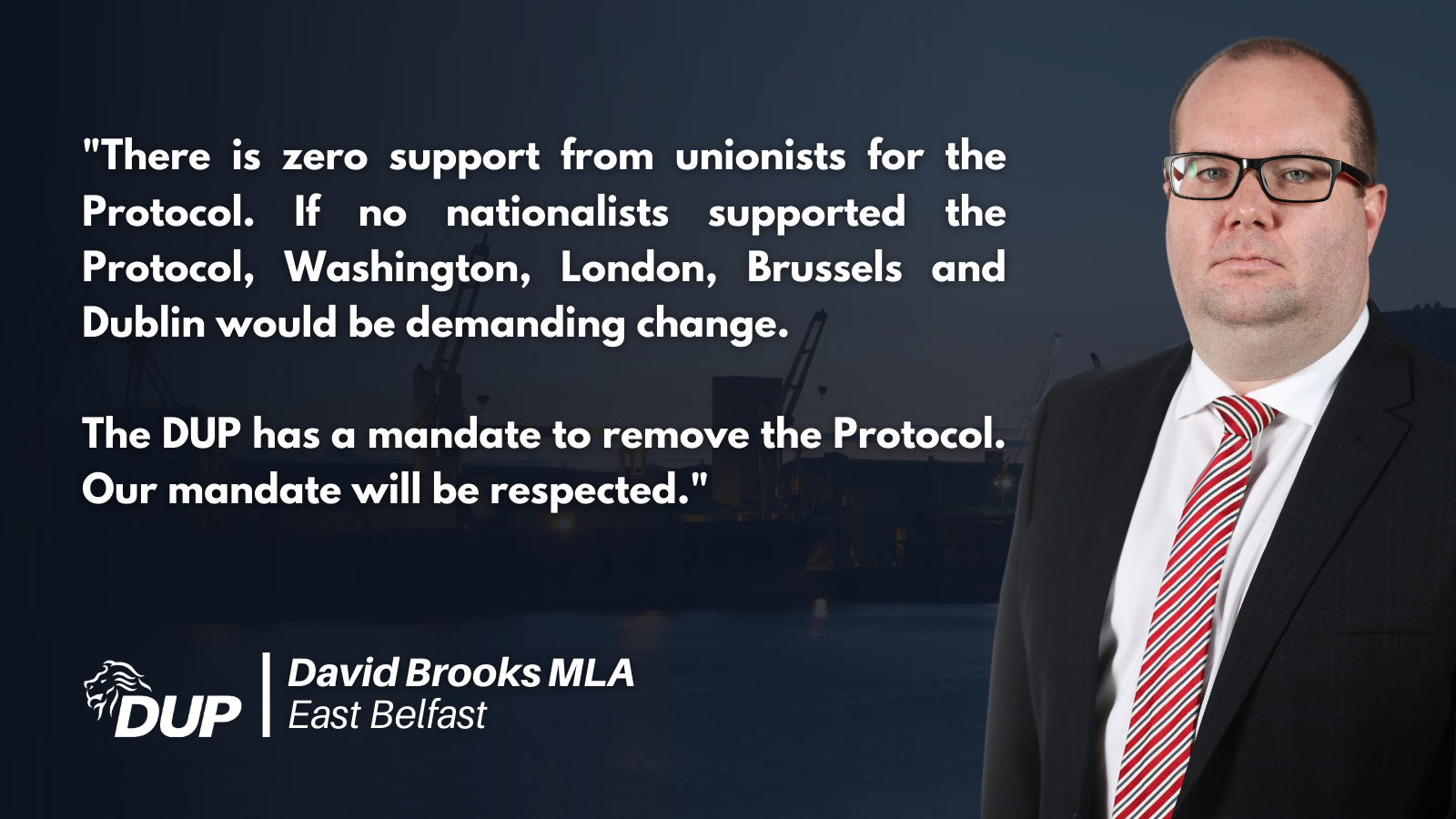 “Not one unionist MLA elected last week supports the NI Protocol. That makes it impossible for powersharing to operate.

Progress is only made in NI with the support of unionists and nationalists. There is zero support from unionists for the Protocol. If no nationalists supported the Protocol, Washington, London, Brussels and Dublin would be demanding change.

The DUP has a mandate to remove the Protocol. Our mandate will be respected.

Sinn Fein chatter about majority rule is a departure from the carefully and delicately balanced powersharing arrangements which were painstakingly put in place. If Sinn Fein now advocates majority rule, then they should be honest with the people and place that in their manifesto.”