Bradley – “Where does Hargey Stand on bad housing budget?”

DUP Deputy Leader Paula Bradley MLA has called on the Communities Minister Deirdre Hargey to make clear whether she supports the budget put forward by Conor Murphy which has been described as presenting "a bleak outlook for housing" by the Chief Executive of the Housing Executive. 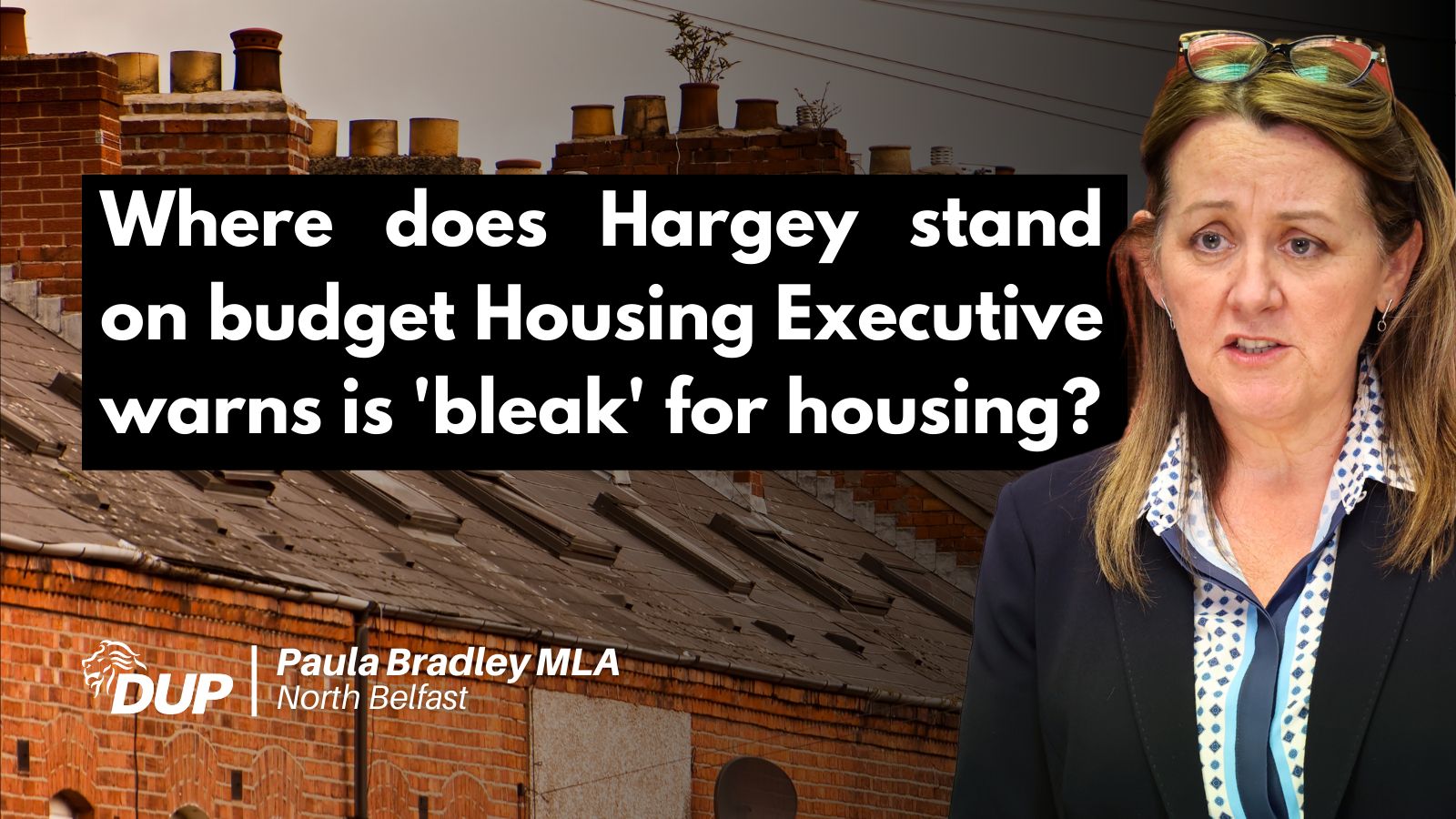 "The Sinn Fein spin machine portrays Conor Murphy's draft budget as a panacea, but in the real world his budget proposals would lead to massive public service cuts and has only ever been backed by Sinn Fein Ministers.

Alongside cuts to police numbers and devastating our schools, the Chief Executive of the Housing Executive has been very clear that Conor Murphy's proposals presents a "bleak outlook" and would have "negative consequences - especially for those relying on homeless services or those on the waiting list for social housing".

MLAs from across the political spectrum deal with countless housing queries every day yet this budget will increase waiting lists for social housing.

Just three months ago the Communities Minister told the Assembly:

In the face of that Deirdre Hargey needs to be clear: does she support a Sinn Fein budget that will make the housing crisis worse?

The NIHE will be in front of the Committee in the morning and I will certainly be raising this.”