Bradley: Welcome support for women's football, but Minister has more to do.

DUP Deputy Leader Paula Bradley MLA has welcomed the belated decision by the Sinn Fein Communities Minister to provide £100,000 of funding to the IFA ahead of the Northern Ireland women’s team playing in their first major tournament, at the European Championship finals. 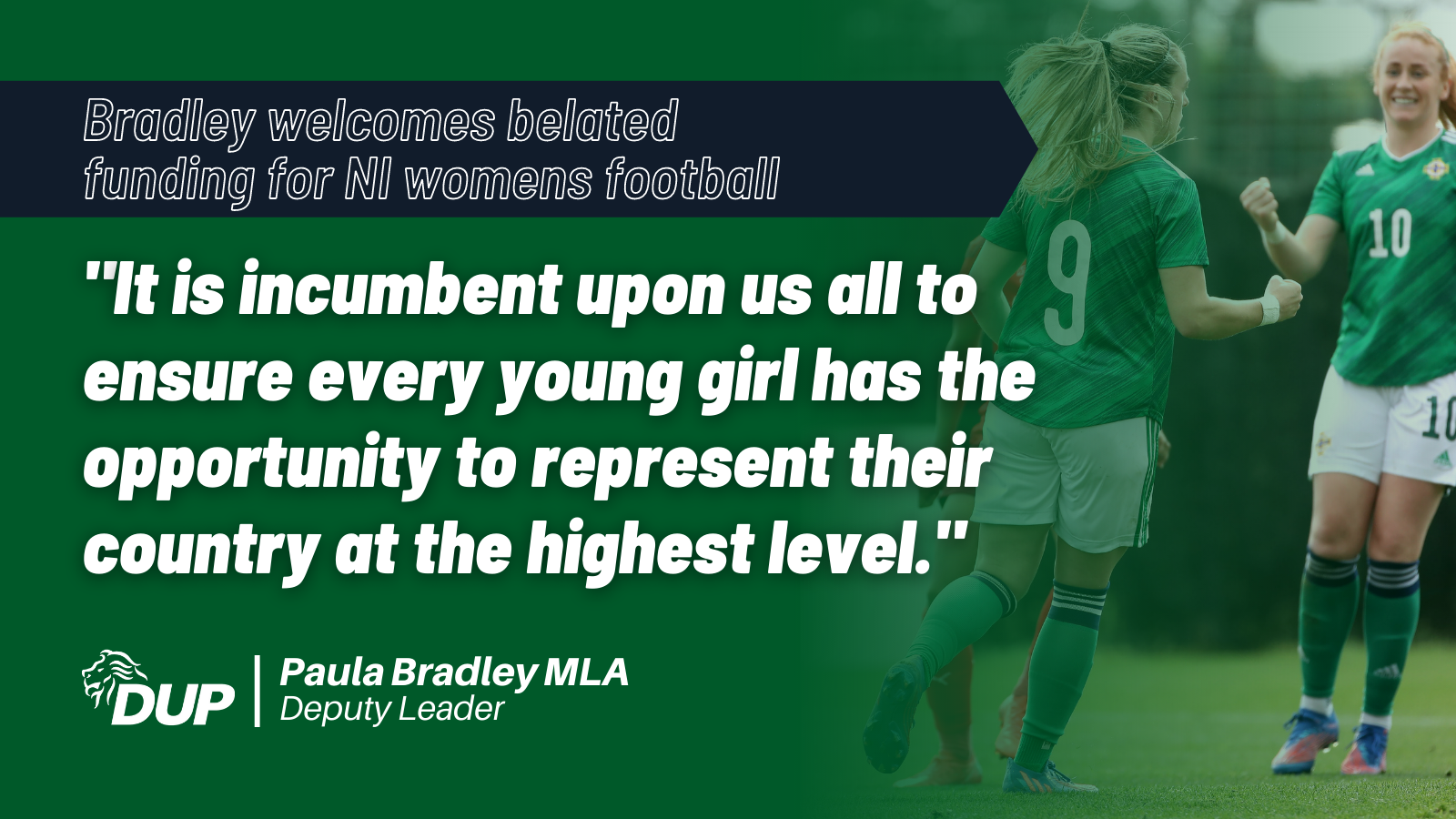 The Chair of the Communities Committee said more must be done to promote women’s football in Northern Ireland.

“This summer the Northern Ireland women’s team will play in their first major tournament, at the European Championship finals.

Since their historic qualification, I have been pressing the Minister to put in place support to maximise the exposure of women’s sport and the players at this summer’s European Championship.

It is incumbent upon us all to ensure every young girl has the opportunity to represent their country at the highest level.

It is disappointing that it has taken almost a year since our Game Changers historic qualification, to put in place support to promote women’s football in Northern Ireland.

Now that the Minister has finally realised the value of supporting women's football by allocating £100,000, she must now move swiftly to allocate additional resources to the women’s international team, to support their continued success this summer.”