DUP MLA Emma Little Pengelly has said Mary Lou McDonald needs to provide answers about allegations made during ongoing criminal proceedings in Dublin that she used the Hutch criminal gang for money and votes. 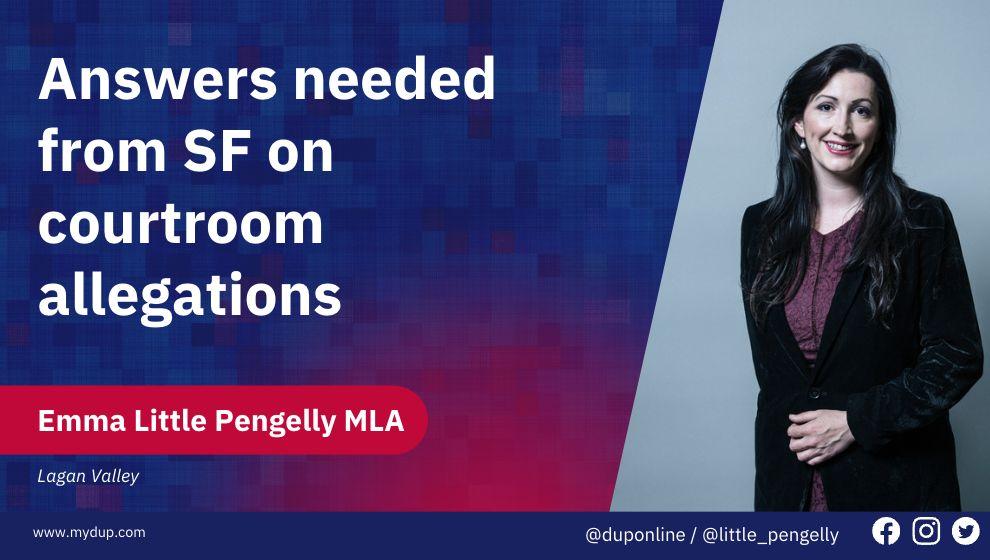 The allegations are contained within a surveillance recording played to the Special Criminal Court.

The Lagan Valley MLA said, “These claims were made by a former Sinn Fein Councillor, someone we now know gave a personal donation to Mary Lou McDonald. The Sinn Fein President needs to explain why a conversation about her using a criminal gang for money and votes would ever even arise.

This was a conversation between two individuals who weren’t aware they were being recorded or the comments would ever become public. They do however deserve to be investigated by all proper authorities and to be fully addressed by Mary Lou McDonald.

Mary Lou McDonald and other Sinn Fein representatives have often criticised so-called ‘cronyism’ within the Irish political system. People will want clarity now on Jonathan Dowdall’s claim of Sinn Fein’s own alleged cronyism with gangsters. Everyone is aware of Sinn Fein cronyism with IRA criminals over many decades. That wasn’t just some loose association however but represented a criminal gang having oversight of an entire political party.

These latest claims however bring a new focus on Sinn Fein, and particularly given the recent attempts to draw a distinction between gangland criminals and the IRA. People within the Republic and in Northern Ireland have a right to ask whether gangland money is being used to influence politics.”