A 'First Minister for everyone' does not justify murder

DUP Leader Sir Jeffrey Donaldson MP has rejected a claim by Sinn Fein’s Michelle O’Neill that ‘there was no alternative’ to IRA violence. 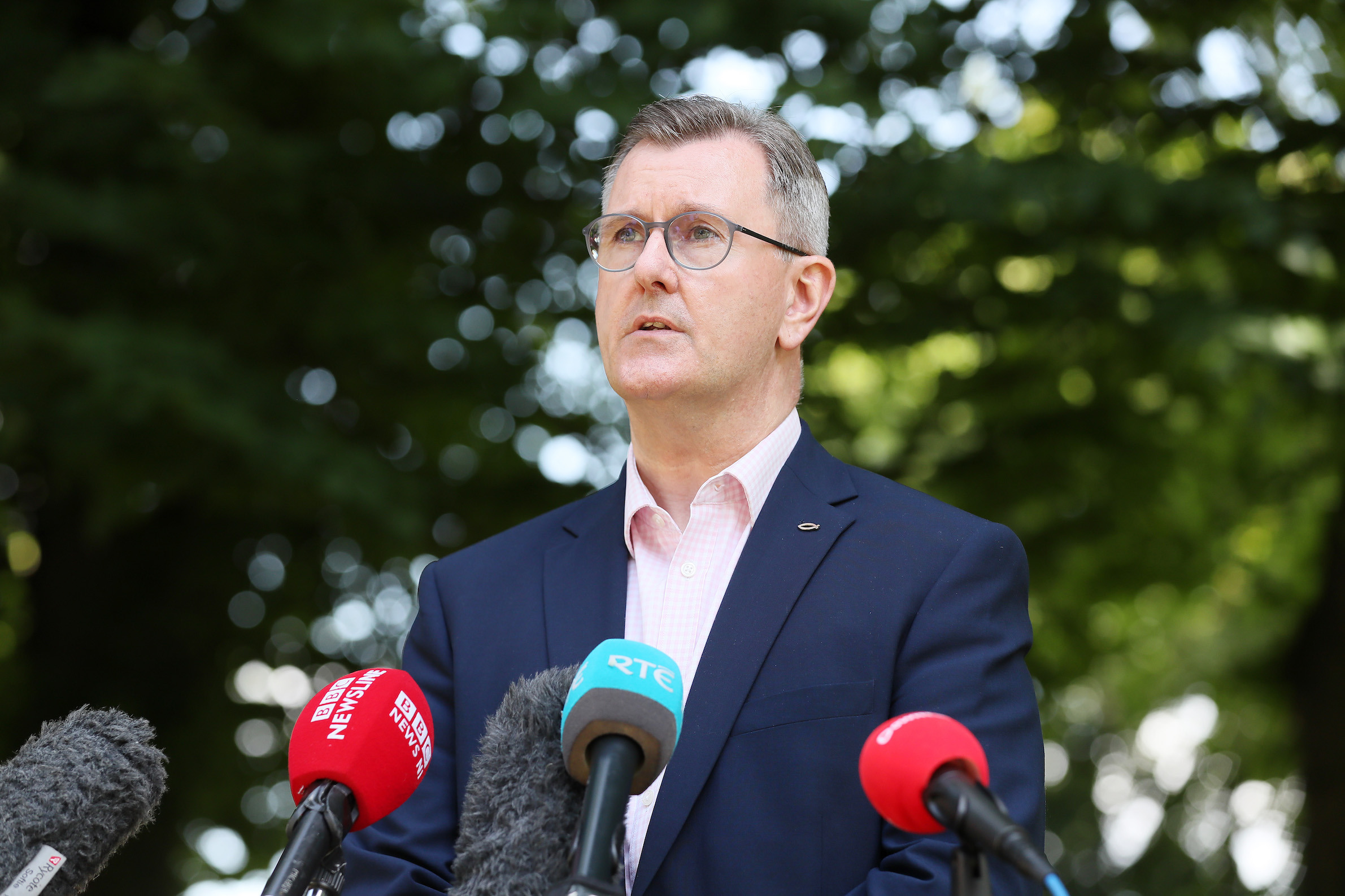 Responding to the remark, which was made during a recent interview with the BBC, Sir Jeffrey said:

‘‘There was never a justification for violence.


Even in Northern Ireland’s darkest days the overwhelming majority of our people respected democracy, the rule of law and - where they felt passionately about a particular cause - took part in peaceful protest.

Sinn Fein can pretend there was no alternative but they are condemned by the facts.

One day Michelle O’Neill is speaking about being a First Minister for everyone. The next she is apparently standing over sectarian and cold-blooded atrocities like Enniskillen, La Mon and Kingsmill. The mask has well and truly slipped.

Hundreds of our citizens, from all faiths and backgrounds, were callously targeted by the IRA. They were entirely innocent. They did not stand in the way of the political cause Sinn Fein still espouse today, yet they were butchered by terrorists. No circumstances, of any day or generation, justified this.

Michelle O’Neill’s comments do not fit with support for the rule of law. Murder is never justified.

At St Andrew’s, Michelle O’Neill’s predecessors were forced to pledge their support for the rule of law and policing, which underpin any democratic society. If the Sinn Fein leadership is genuine about restoring devolution and working for all communities, it is high time they fully honoured that commitment.

This Party will continue to challenge warped attempts to justify the unjustifiable. There can be no rewriting of history and the memory of innocent victims of terrorism must never be forgotten.’’