DUP Leader Sir Jeffrey Donaldson marked the centenary the Ulster Tower alongside colleagues today. Sir Jeffrey attended a special service at the tower marking 100 years since it was dedicated at a ceremony on 19th November 1921. 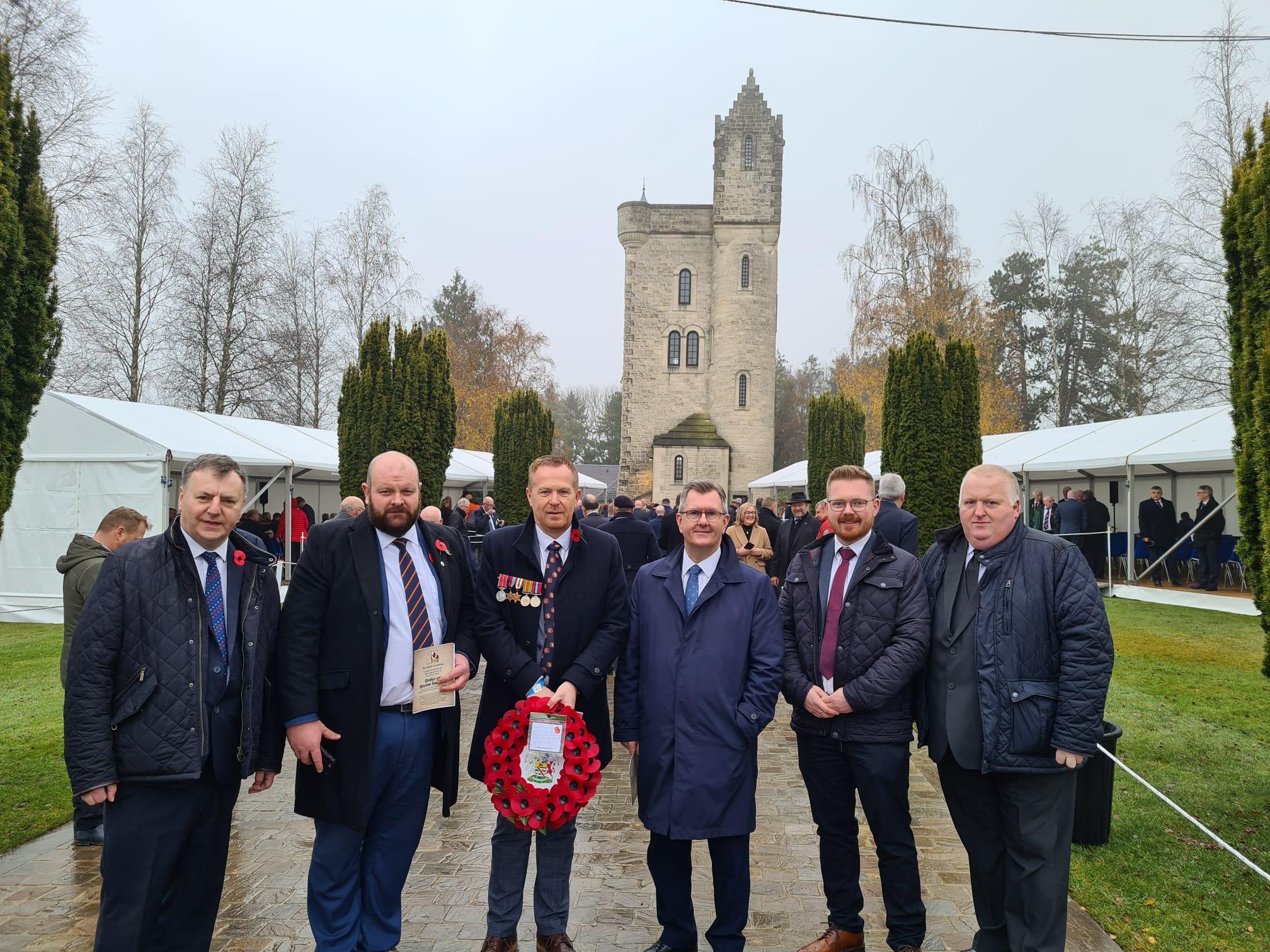 "As the first official memorial to be erected on the Western Front, the Ulster Tower is recognition of how significant the First World War was in the newly established Northern Ireland and the huge sacrifice from all those who left our shores to fight.

Many who served in the 36th Ulster Division drilled and trained in the shadow of Helen's Tower and its surrounding woods. It is fitting that Northern Ireland's national memorial is a replica of that landmark which would have been the last memory of home many soldiers had before they left.

One hundred years on from the erection of the Ulster Tower and much has changed, both in Northern Ireland and around the globe. However, the service and sacrifice of all those who fought in the First World War continues to be remembered. There is also a growing recognition that those who fought came from different backgrounds, but were in the trenches with a united goal. The war truly is part of our shared history and it is fitting that so many have travelled from Northern Ireland to mark the centenary of the Tower.

The hard work and dedication of the Somme Association and its members must be recognised. The Association has not just ensured the Ulster Tower and Thiepval Wood are maintained, but stand to commemorate the past and keep those stories alive for future generations."